Difference between revisions of "Alveolar Weathering" 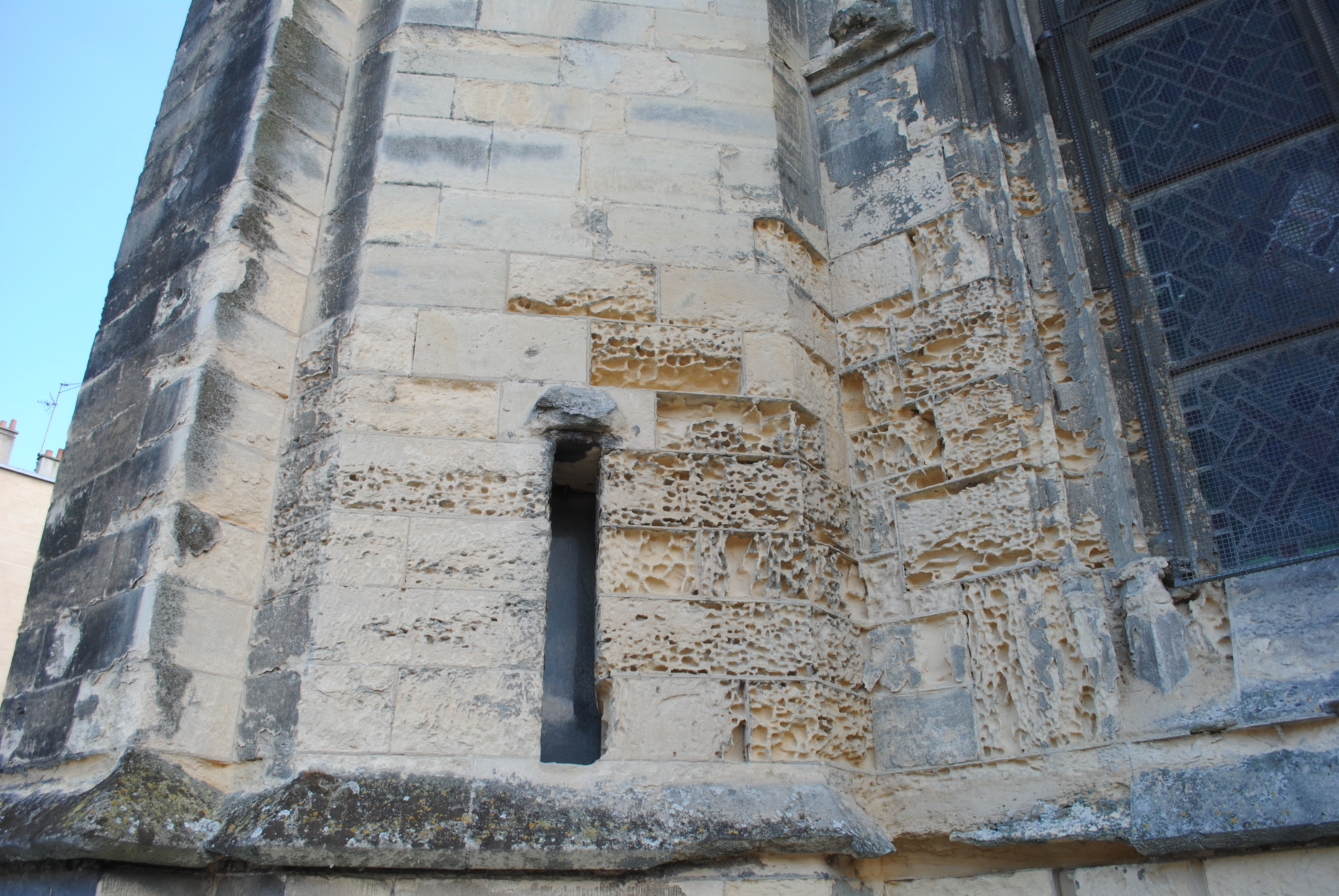 In the 70s, Pauly was one of the pioneers in developing this weathering pattern in laboratory studies, to try to understand the formation mechanism given the high incidence of this deterioration in the limestone building in Provence, France. He found that the presence of salt, wet-dry cycling and wind conditions could induce this type of weathering pattern.

In buildings or monuments, several types of stones are prone to alveolar weathering. Amongst these are particularly porous sedimentary rocks (such as sandstones, limestones and tuff). Often visible by the naked eye, the inhomogeneity in the fabric of natural stone effectively causes this weathering pattern. The structure of the sedimentary layers, foreign inclusions, bioturbations or other such disruptions, can cause during the weathering process the relief development at differing speeds. The structurally influencing factors relating to the specific stone, which are responsible for the formation of alveoli, are generally displayed in the developed weathering patterns. Causal differences in the micro-structure can be determined quantitatively, for example, in the contents of minerals with a low resistance to weathering or in the pore size distribution. These differences generate the preconditions for a relief to develop on a previously level surface. An essential role for the progress of weathering in nearly all investigated cases, is played by salts. Salts are usually introduced into the stone via a contaminated environment and by reactions with mortar.[Huinink.etal:2004]Title: Simulating the growth of tafoni
Author: Huinink, H. P.; Pel, L.; Kopinga, K.

). They showed the interaction of readily and poorly soluble salts in sandstones and tuffs, beginning with localized erosion that resulted in minor differences in relief due to the presence of fossil structures, or, in the case of sandstone, the diagenetically conjunction with ferrous mineral impregnated stone sections, or due to lapilli inclusions in tuff. It was observed that salts with significantly differing solubility, such as magnesium sulfate and gypsum, were heterogeneously distributed in the stone following wet-dry cycling. The poorly soluble gypsum stayed mainly near the surface of the stone while the more soluble magnesium sulfate, mostly still in solution, concentrated in the subsurface of the depressions (alveoli) that remained damp for longer times.